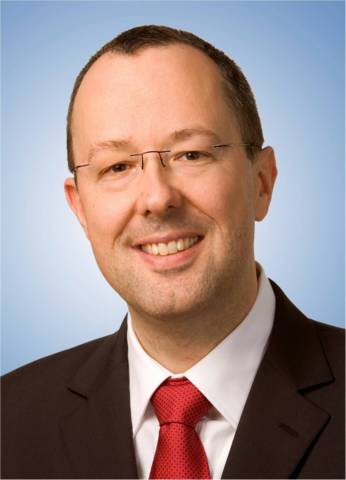 It is our pleasure to award the 2022 SIROCCO Prize for Innovation in Distributed Computing to Christian Scheideler, who is a professor at the University of Paderborn in Germany. Christian has contributed on a wide range of distributed computing topics, including distributed data structures and their algorithms, security in distributed systems, distributed randomized algorithms and stochastic processes, and network theory (in particular peer-to-peer systems, mobile ad-hoc networks and sensor networks). Christian has so far collected over 5700 citations, with one paper cited close to 600 times.

The prize is awarded for Christian's pioneering work on robust and eﬁicient overlay networks. The design and maintenance of efﬁcient and robust overlay networks is one of the most fundamental and reoccurring themes in networking. Many distributed systems today rely on some kind of overlay network connecting the communicating nodes (or “peers”) of an application using logical links: e.g., distributed databases and data stores, publish-subscribe systems, ﬁle sharing systems such as BitTorrent, multimedia applications related to telephony and streaming (e.g., Skype), content distribution networks such as Akamai, crypto-currency infrastructures (e.g., Bitcoin), among many more. Many overlay networks are fairly transient and dynamic, with users joining and leaving according to content popularity or diurnal patterns. In addition, overlay networks are often characterized by an open membership, and hence need to account for malicious behavior.

Christian was among the ﬁrst to recognize the importance of robustness and self-stabilization in the contecct of overlay networks and to provide rigorous algorithmic frameworks for their study. He is certainly one of the most inﬂuential authors in this area. Christian contributed several groundbreaking results on distributed algorithms for scalable overlay networks which support a seamless service (eg, routing) under continuous joins and leaves, and which “self-repair.” Of the many papers published by Christian on the topic, including three at SIROCCO [5, 2, 3], we highlight here three of his best-known and most-cited publications.

In Towards a Scalable and Robust DHT (ACM SPAA 2006 and Theory of Computing Systems 2009) [1], Christian and B. Awerbuch signiﬁcantly advanced our understanding on how to render overlay networks and Distributed Hash Tables (DHTs) robust. While state-of-the-art DHTs at that time were at best robust to a constant (random) fraction of faulty peers, Christian and his co-author showed how to render DHTs robust to much more severe, adversarial failures: adaptive join-leave attacks in which an adversary can take over entire parts of the network (and e.g., eclipse honest peers), as well as adaptive insert and lookup attacks which imbalance the load. Their scalable join and leave protocols ensuring an even distribution were groundbreaking and inspired many future robust network designs.

Christian’s single-author How to spread adversarial nodes? Rotate! ACM STOC 2005 paper [6] presents an approach to keep a dynamic system of nodes well-mixed even under adversarial behavior: achieving such a well-mixed distribution is a crucial stepping stone for robust distributed systems, as it enables robust local decision making, even in the presence of signiﬁcant adversarial behavior. The paper relies on a new and clever algorithm to join a peer-to-peer system. The algorithm presented by Christian is very efﬁcient both in terms of the amount of randomness required, and in terms of the required rearrangements - both such features are attractive for actual deployment of the protocols. This paper hence presented an elegant, yet technically deep solution to a major open problem of that time. We believe that some of the ideas presented in this paper may become relevant also in the context of crypto-currency networks, which are currently becoming more sophisticated.

Christian has also taken leadership roles in some of the main distributed computing conferences. Notably, he was Program Chair of SIROCCO 2015 and 2020 and Program Chair of the International Symposium on Distributed Computing (DISC) 2022, and Secretary and then General Chair of the ACM Symposium on Parallelism in Algorithms and Architectures (SPAA), 2007-2020. He is an Associate Editor of the Journal of the ACM, among others.

[6] Christian Scheideler. How to spread adversarial nodes?: Rotate! In Proceedings of the Thirty-Seventh Annual ACM Symposium on Theory of Computing, pages 704-713. ACM, 2005.

1 We wish to thank the nominators for the nomination and for contributing heavily to this text.